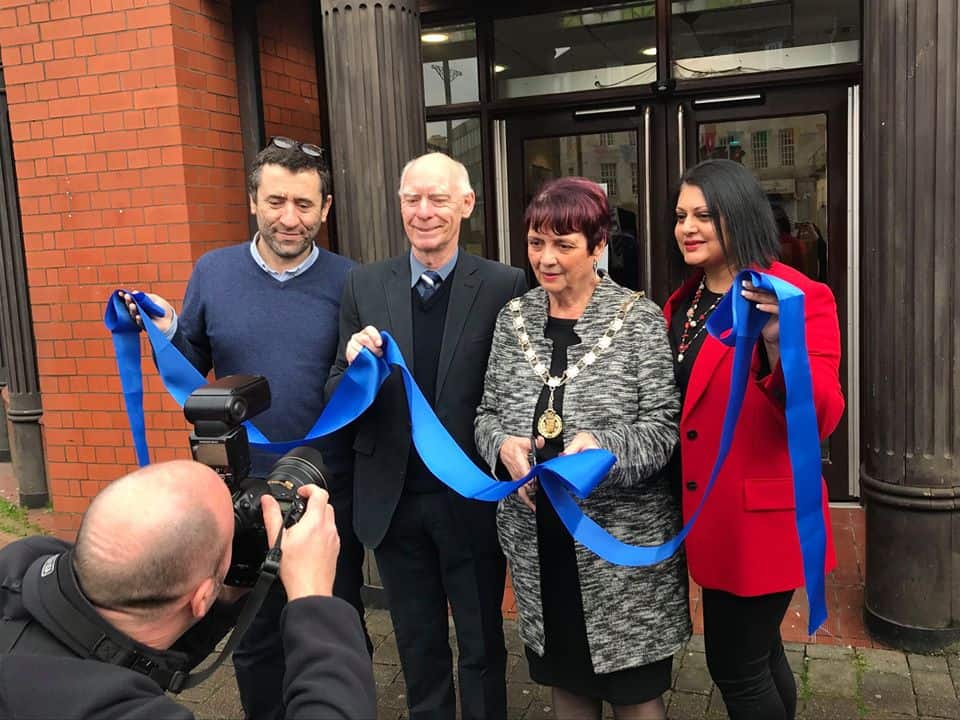 Over 100 people celebrated the official opening of The Refugee and Migrant Centre’s (RMC) new home in Walsall today.

Dignitaries, partners, friends and supporters from across the town and beyond were in attendance for the celebration, including The Right Worshipful, Deputy Mayor of Walsall, Councillor Rose Burley. The unveiling was marked when she cut a ribbon to officially declare the centre open.

“RMC has partnered with the council for a number of years, helping to support some of the most marginalised people in our community, including Syrian refugees and members of the Windrush generation.

“I feel very privileged to have been asked to come along today as Deputy Mayor of Walsall to open the centre. It’s an amazing organisation you’ve got. What you provide out there is much needed and please keep on doing it.”

The decision to move from its previous home will help secure the future of RMC in Walsall, by providing the charity with stable accommodation and enabling it to offer more services to its client group.

“We have been privileged to be working in Walsall for the past three years, starting off with a very small contract delivering Syrian Resettlement Scheme work with funding from the council.

“Quickly realising the high demand for the broad remit of services we provide, this new premises will enable us to provide all of these. From free advice around immigration, to housing and employment advice, health work and English classes, we want to ensure that marginalised and vulnerable migrant communities from all backgrounds in Walsall know where we are and that they can access us for support and advice.

“I would like to say thank you to everyone that has helped to renovate the office and likewise all those that came today to help launch our new office officially. There are too many people to mention, but it looks fabulous and has a been a fantastic team effort to make this opening possible.”

Escaping war in his homeland, Khaled from Syria arrived in Walsall in June 2017 with his family seeking sanctuary. He arrived as part of the Vulnerable Person’s Resettlement Scheme which RMC lead in Walsall and Wolverhampton. Unable to speak English, the father had been forced into hard labour to ensure his family survived whilst in Lebanon.

“When I first arrived in the UK, I was angry about losing my home and feeling powerless. All I wanted was to provide for my family and make sure they were safe. Being unable to do this properly was very difficult.”

The father was recently bestowed with the best English student in the community award at Walsall College, having successfully passed all his exams. He continues to study here, while working part time as an interpreter and also volunteering at RMC to support other newly arrived Syrian families. In the future, Khaled aims to obtain a UK law degree so that his previous Syrian qualification is recognised and to achieve his dream of working as a lawyer. He said:

“I am very grateful to all those in Walsall and at the RMC that have supported me and my family to settle. It’s very important to me that they now feel safe.

“My main aim now is to continue to work hard, keep improving my English and to study so that I can become independent, support my family and contribute to my new home and community.”