Mrs. D comes from Lithuania; she has been in the UK since 2008. She came to the UK to seek a job and has been working for a few years, however she had to stop working due to her addiction to alcohol. As D and her partner had no income for some time and were not able to pay rent, they had been evicted. At the same time due to her alcohol addiction she developed health issues and has been diagnosed with liver cirrhosis, TB. The client quit drinking and has been sober for over 1 year now.

She came to RMC very distressed, stating that she had been sleeping on the street all week. RMC assessed the client’s situation, checked her employment history and unfortunately established that Mrs. D was not able to access public funds due to the restrictions for EU nationals.

RMC have referred the client to social services due to her health issues, Social Services have provided a hostel and she has been living at a local charity for a while, while Social Services were assessing the Human Rights decision. However, she left the hostel and started living with her friend. 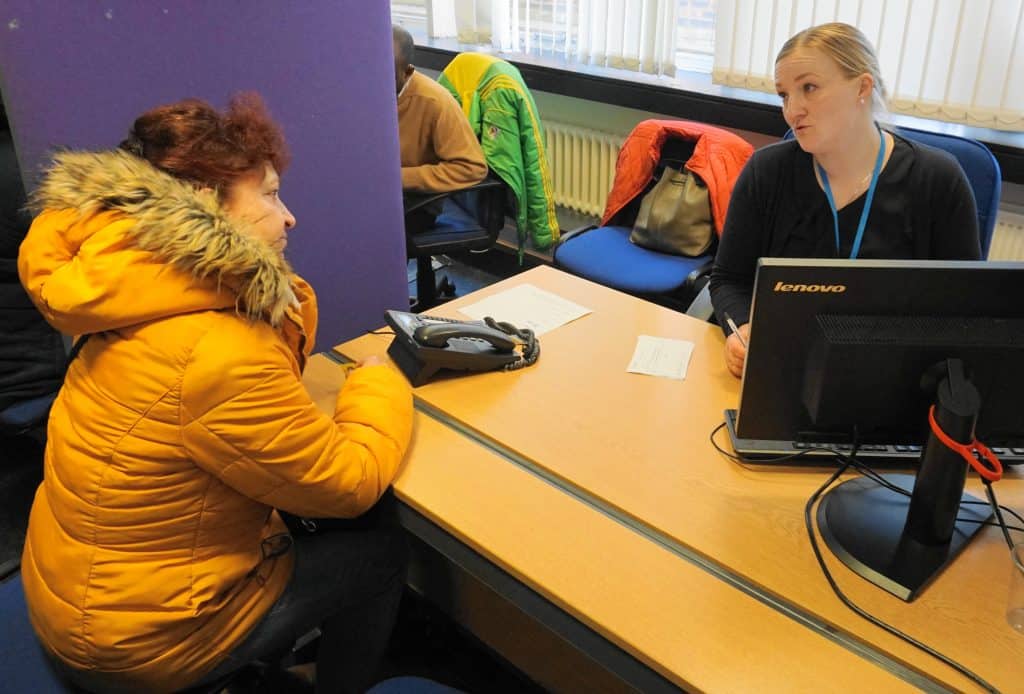 Unfortunately, after a week she was kicked out of her friend’s house and had no permanent place. She has been living with different friends temporarily. Since she was diagnosed with several health problems and recently with cancer, Mrs. D was placed and discharged in the hospital many times. Also, she is attending appointments regularly at hospital and RMC are often providing her with travel tickets as she has no money, and is not able to walk long distances due to enormous pain.

Mrs. D was referred to social services again a few months ago as her situation has changed; she is homeless with several health issues and has no income. D was placed in the hotel for a while. RMC assisted the Social worker with translation in regards to the Human Rights Assessment. As of last week D has been in the hospital. The social worker informed that the decision has been made and will be provided when D will be discharged from the hospital.