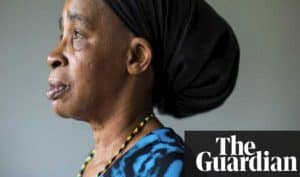 The Windrush case that started it all…..

How did this story come about, and why did you start reporting it?

“In October, I was contacted by a small refugee charity, the Refugee and Migrant Centre, in Wolverhampton. I was really worried because its client Paulette Wilson, 61, a former chef who had worked in the House of Commons, had been detained pending imminent deportation…..see more” – Amelia Gentleman, The Guardian, Friday 20 April 2018.

The experience of being detained and threatened with deportation to Jamaica she has not been to for 50 years has been profoundly upsetting for Paulette, a grandmother and former cook, who has paid national insurance contributions for 34 years and can prove a long history of working and paying taxes in this country.

Paulette, 61, arrived in the UK in 1968, went to primary and secondary school in Britain, raised her daughter, here and has helped to bring up her granddaughter. For a while, she worked in the House of Commons restaurant overlooking the Thames, serving meals to MPs and parliamentary security staff. More recently, she has volunteered at her local church, making weekly meals for homeless people. Yet after having closed her bank account, stopped her benefit and hard earned pension and thrown Paulette out of her flat Home Office also detained her for a week….. the full story can be read here

RMC are pleased the appalling situation that caused the Windrush scandal is finally being dealt by the Home Office. The public debate and the apologies were long overdue. For over 5 years RMC have helped dozens of people here legally, struggling to prove their rights and being treated dreadfully. Their entitlement and legality should not have been questioned in the first place. The implementation of the “hostile environment” has real and devastating consequences and these cases are the example. The Windrush cases are just the tip of the iceberg of the problems within UK’s immigration system. If settled people who have been here 40-50 years are struggling this way, then imagine what people who have been here “only” 15 or 18 years go through.