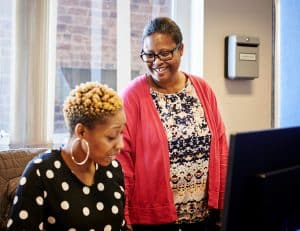 The Refugee and Migrant Centre (RMC) is an award winning charity founded in 1999. It has offices in Wolverhampton, Walsall and Birmingham and works with clients from across the Black Country and Birmingham.

Our mission is: To assist refugees and migrants through crisis and disadvantage, by removing barriers to their integration and enabling them to become equal citizens.

The charity has supported tens of thousands of individuals and families since its creation and in the year ending March 2018 it supported 6,272 different individuals, addressed 34,454 enquiries and clients made 26,775 visits. The beneficiaries came from 134 countries and accessed RMC’s services through the over 40 languages offered onsite by 57 staff and over 150 volunteers.

One of the many cases it has handled in recent years sparked the Windrush scandal after RMC contacted the Guardian. It involved Paulette Wilson, a 61 year old woman who was detained and threatened with deportation despite having lived in UK for 49 years, worked and paid taxes, had children and grandchildren. RMC achieved justice for Paulette.

After being thrown out of her flat and having her welfare support stopped,  on 18 October 2017, Wilson was detained at the local Home Office reporting centre where she had been reporting on a fortnightly basis since August 2015. Paulette was put in a vehicle that “reminded her of a meat van” and taken to Yarl’s Wood for six days awaiting deportation to Jamaica where she had not been since the age of 12; she says this was the worst experience of her life.

How we are supported

RMC serves on average 200 people per day and relies on funding from charitable trusts and donations in order to run its front line/casework dealing with its most vulnerable clients. Donations are used to support destitute people, pay volunteers travel expenses, pay for accredited training for their diverse staff and in general to sustain the casework team, most of whom are themselves from the communities RMC serves. 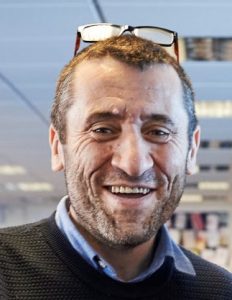 “Since 2012 RMC have helped dozens of people from the Windrush generation here legally, struggling to prove their rights and being treated dreadfully. Their entitlement and legality should not have been questioned in the first place”

“The implementation of the ‘hostile environment’ has had real and devastating consequences and these cases are the example. The Windrush cases are just the tip of the iceberg of the problems within the UK’s immigration system.”

RMC is a registered charity and a company limited by guarantee.